Dumfries and Galloway and the Scottish Borders are often bypassed by travellers eager to get further north. However, for those wishing to get away from the crowds, the Southern Uplands offers plenty of activities for the outdoor enthusiast! See below for a range of suggestion trips and excursions all within an hour's drive of Moffat Independent Hostel. 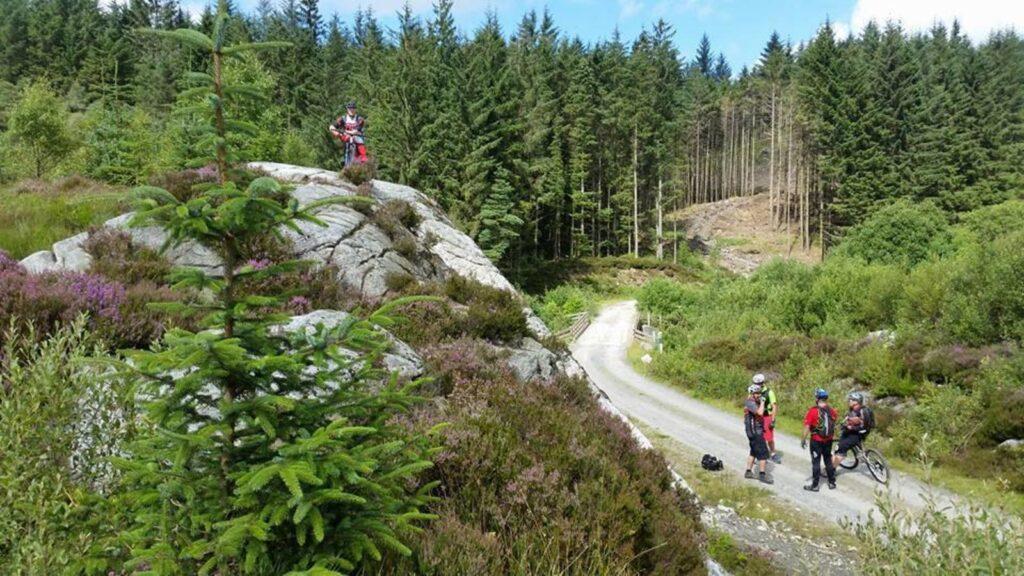 The 7stanes is a group of seven world-class mountain biking centres that span the south of Scotland. Their award-winning trails offer some of the best mountain biking in the country and attract riders from across the UK and beyond.

You don’t have to be an experienced mountain biker to enjoy these famous trails: there are a wide range of routes to suit beginners, families and experts, as well as training areas to hone your skills. You do not even need a bike to enjoy the forest as each of the Seven Stanes has its own walking trails for those without wheels.

Four of the 7stanes are situated within an hour's drive of Moffat Independent Hostel. The closest centre is Ae Forest which is a 25 minute drive away, Mabie Forest (45 mins), and Glentress and Innerleithen (55 mins).

Walking and Watersports in the Beautiful Yarrow Valley

St Mary's Loch is the Borders' largest lake and can be found a 25-minute drive north East of Moffat Independent Hostel along the A708.

There are excellent walking trails in the area, including a seven mile circuit around the loch which takes you through the ancient hunting ground of Ettrick Forest,  a former stronghold of William Wallace. In addition to its walking and cycling trails, St Mary's Loch also offers watersports at the St Mary's Loch Sailing Club, Kayaking and Canoeing (independently, or try Moffat-based Kayantics for rental and tuition), and fishing.

The area is well known for its natural beauty, picturesque views and history, and was a popular place for literary figures such as James Hogg and Sir Walter Scott. You can also explore the ruins of the old Pele towers which were used to protect people against Border attacks, the Ettrick Valley statue where James Hogg is buried, and also St Mary's Kirkyard, a historic location where William Wallace was named Guardian of Scotland. 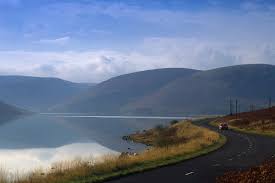 A Nature Trail Taking in One of Scotland's Highest Waterfalls

Just a 15-minute drive from Moffat Independent Hostel is the Grey Mare's Tail - one of Scotland's highest waterfalls. It's possible to admire the waterfall from the car park, but for the more energetic there is a well marked (but quite steep) 1.5 mile long trail that leads past the falls and up to Loch Skeen. It is possible to continue your walk right around the loch (although the route can be boggy) where you can spot rare upland plants, peregrine falcons, ring ouzels, feral goats and, if you’re lucky, ospreys fishing in the loch. Beyond the loch rise some of the highest mountains in the Southern Uplands, including White Comb (821m) offering a more demanding day's hillwalking. Alternatively, the loch is a great spot for open water swimming in the warmer months. 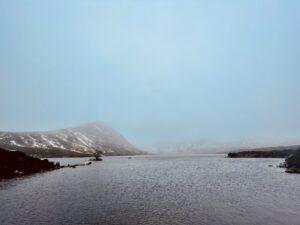 Just ten minute's drive from Moffat is the Carrifran Wildwood, a 1,600 acre ecological restoration project that offers visitors the chance to see what the Southern Uplands looked like before settled agriculture changed the landscape 6,000 years ago. Twenty years after the first tree planting, and with the ongoing hard work and dedication of a team of volunteers, the wildwood is now thriving.  Protected from grazing animals, rare plants that in Scotland are usually restricted to remote and inaccessible crags are growing  in Carrifran in abundance. For visitors, a marked trail follows the length of the glen. If visiting by car there is a small gated car park just off the A708.

The Southern Upland Way is a coast to coast route which runs for 212 miles from Portpatrick on the west coast to Cockburnspath in the east. The trail which can be walked or cycled (off-road) passes through some of the finest scenery in southern Scotland, taking in some of the region's wildest hill country, some of its most beautiful lakes, and some of Scotland's prettiest towns and villages.

The trail passes about a mile to the south of Moffat Independent Hostel, making us an excellent place to stop en route! For those without the time to tackle the trail from coast to coast, the section of trail closest to Moffat offers good walking and off-road cycling in both directions. To the east, following the trail for 15 miles will get you to St Mary's Loch, and to the west a similar distance will take you past Daer Reservoir to the village of Wanlockhead.

Walks, Cycle Trails, and a Grand Stately Home to Explore

Drumlanrig Castle has something for everyone. Constructed in 17th Century Renaissance style in 1689, the castle itself houses an incredible collection of artwork and artefacts (including Rembrandt's An Old Woman Reading, and Leonardo da Vinci's Madonna of the Yarnwinder) which can be enjoyed by joining one of the regular castle tours. Surrounding the castle are hundreds of acres of woodland, criss-crosssed by walking paths, picnic areas, cycling routes, and mountain biking trails. There is an adventure playground for kids, a tea room, bike hire, and miles of excellent Salmon fishing on the River Nith. The road from Moffat to Drumlanrig (45 minutes) is equally spectacular, and takes in the Dalveen Pass on the A702 commonly regarded as one of the best driving roads in the country. 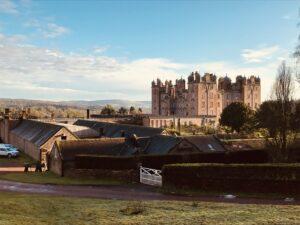 Leadhills is most famous for its lead mining heritage which can be discovered in the Lead Mining Museum where you can take a tour into one of the old lead mines, and visit a restored miner's cottage. If shinier metals are more your thing, the area also has a rich history in gold panning - and the same museum offers popular gold panning courses for anyone who wants to try their hand at finding a nugget. In the summer months a narrow guage railway operates and takes visitors between Leadhills and the neighbouring village of Wanlockhead, three miles away. There are walking routes from both villages, including the path up to the "golf ball" radar  on Lowther Hill (725m).

The Land's End to John o'Groats (LEJOG) or the John o'Groats to Land's End (JOGLE) cycling route is probably the most famous long distance challenge in the country. There are several variations of the route, but one of the more popular itineraries passes right through Moffat - and Moffat Independent Hostel is, of course, a great place to stop en route! Find out more about taking on the challenge here.